ARTICLE: The word-hoard: Robert Macfarlane on rewilding our language of landscape | Books | The Guardian

The word-hoard: Robert Macfarlane on rewilding our language of landscape | Books | The Guardian

Excerpt: In the seven years after first reading the “Peat Glossary”, I sought out the users, keepers and makers of place words. In the Norfolk Fens – introduced by the photographer Justin Partyka – I met Eric Wortley, a 98-year-old farmer who had worked his family farm throughout his long life, who had been twice to the East Anglian coast, once to Norwich and never to London, and whose speech was thick with Fenland dialect terms. I came to know the cartographer, artist and writer Tim Robinson, who has spent 40 years documenting the terrain of the west of Ireland: a region where, as he puts it, “the landscape … speaks Irish”. Robinson’s belief in the importance of “the language we breathe” as part of “our frontage onto the natural world” has been inspiring to me, as has his commitment to recording subtleties of usage and history in Irish place names, before they are lost forever: Scrios Buaile na bhFeadog, “the open tract of the pasture of the lapwings”; Eiscir, “a ridge of glacial deposits marking the course of a river that flowed under the ice of the last glaciation”.
Posted by Eric at 3:25 PM No comments:

Some nights, there are a handful of candles...

Lovely post (h/t Cheryl). This time of year always brings my missing loved one right to the surface... the people that are gone, the times that are behind (and ahead, too). I sometimes love this time of year for how often I find my self walking through memories, stopping at touchstones, having an animated conversation with someone who's not there to hear it anymore. And later, lighting a candle to that ghost. Some nights, there are a handful of candles.
16 Tips for Continuing Bonds with People We've Lost - What's Your Grief
Posted by Eric at 3:30 PM No comments: Admission: I am a fruitcake fan. Not all fruitcake. But if it's a good, light, UN-drunken fruitcake, I am a fan. Same goes for stollen and hot cross buns.

This recipe is fantastic. 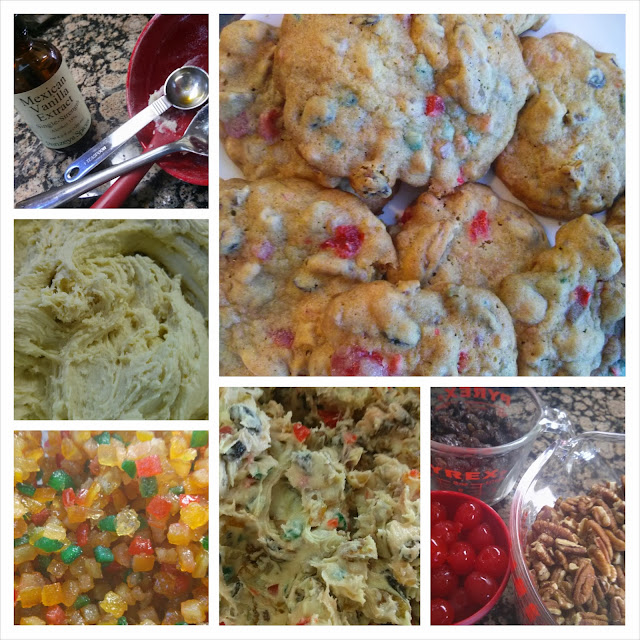 Thought for the Day

"It's important to have a good vocabulary.  If I had known the difference between the words antidote and anecdote, one of my good friends would still be living." - John McDowell
Posted by Eric at 11:13 AM No comments: